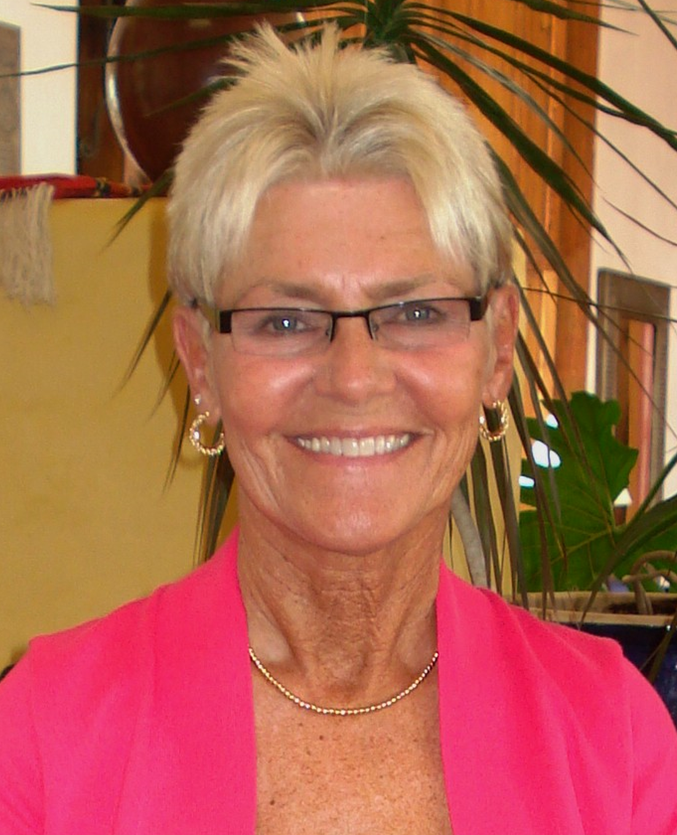 The 2019 recipient of the NYS AHPERD Professional of the Year Award is Rhonda Clements, Ed.D.

Rhonda earned her bachelor's and master's degree from the University of Maine, and a second master's and doctorate degree from Columbia University. For 14 years, she has been the director of the Master of Arts in Teaching Physical Education and Sport Pedagogy program at Manhattanville College. Rhonda has authored or edited 11 books in the area of movement, play, and game activities for children. She has also written more than 45 articles and 10 book chapters concerning the need for physical activity for preschool and elementary school-age children. Rhonda has presented at 67 international or national conferences, and over 26 state and 40 local conferences. She is currently serving on SHAPE America's Diversity and Inclusiveness Committee to further the understanding of needs related to urban physical education; and recently served on the SHAPE America Committee creating a booklet supporting physical literacy for preschool children; and she served on the editorial board for the Journal of Physical Education, Recreation, and Dance. In service to NYS AHPERD, Rhonda is very proud of serving on the Nassau Zone board for 17 years, on the Southeastern Zone board for 14 years, and actively volunteers at numerous conferences for both Zones. She is a member of the NYS Professional Preparation Council for Physical Education. Her colleagues wrote, "Rhonda is the ultimate educator and consummate professional who is always ready to help another person regardless of her own personal expense of time and energy. This educator's heart is not guided by a clock. She is a creative thinker when it comes to pedagogy, a true pioneer in the field of movement education, an incredible mentor to all aspiring teachers, extremely dependable, and incredibly hard-working. Beyond that, she has an unparalleled knowledge of the history and values of physical education." It is an honor to present the recipient of the 2019 Professional of the Year Award, Dr. Rhonda Clements. 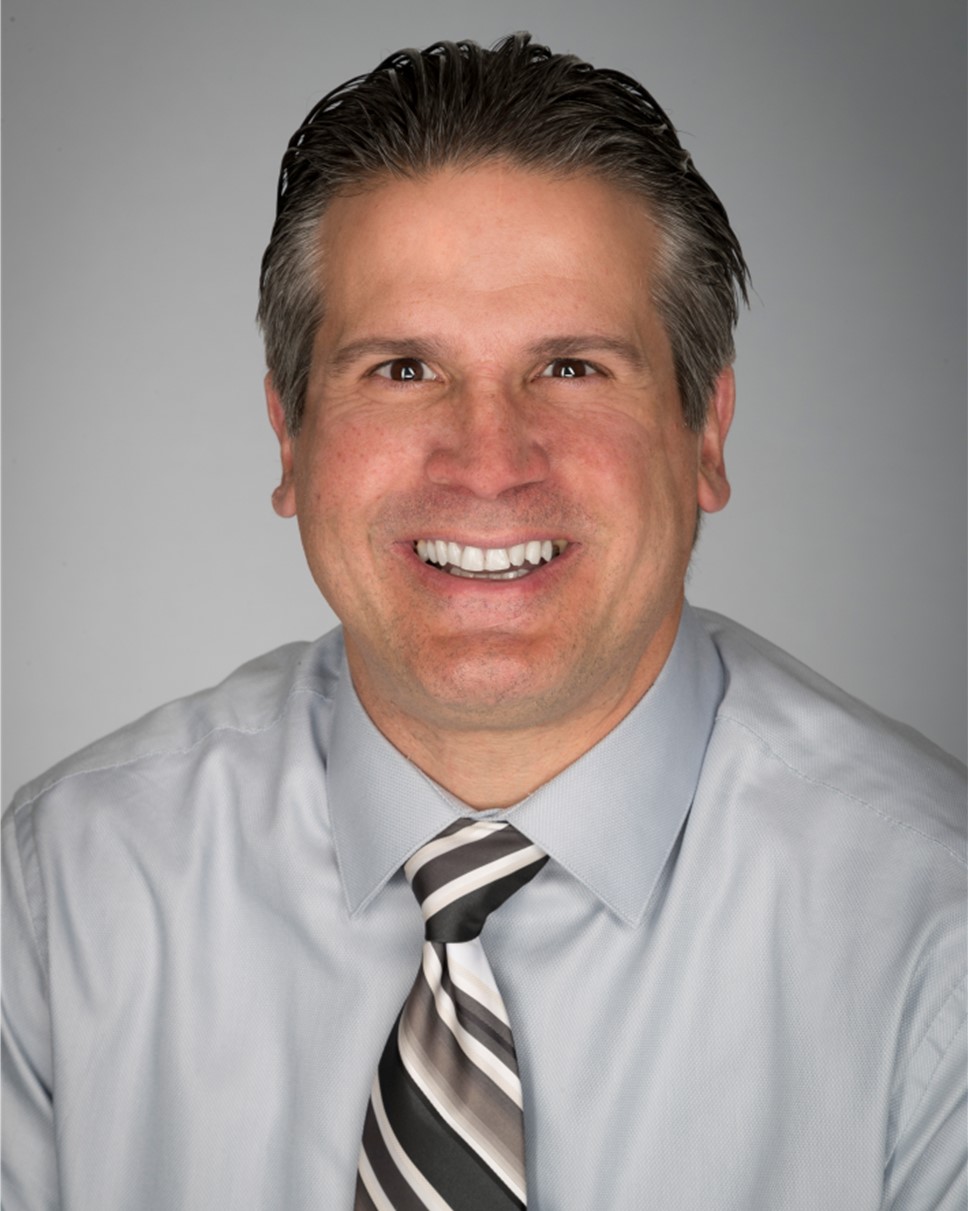 The 2017 recipient of the NYS AHPERD Professional of the Year Award is Dr. Clancy Seymour.

Clancy earned his Bachelor of Science and master's degrees from Canisius College and completed his doctorate in educational leadership at D'Youville College. He joined the faculty at Canisius in 2007 and serves as an assistant professor and director of the Physical and Health Education Teacher Education Program. Clancy has several publications to his credit in peer-reviewed journals and has written several successful grants for Canisius College. In service to NYS AHPERD, Clancy is an active member in the Western Zone. As zone president, he serves on the Association's Executive Council. He also serves as chair of the Western Zone Higher Education Section. Clancy has been a member and committee chair for the Jay B. Nash Outstanding Major Awards Committee and has presented many times at state and Western Zone conferences. He also served as the president of the NYS Professional Preparation Council for Physical Education. Clancy has been honored with the Canisius College Dean's Research Award, the D'Youville College Doctoral Scholar's Award, and both the Western Zone and the Higher Education/Professional Preparation Section Amazing Person Award. A colleague wrote, "Dr. Seymour is a contemporary professor who is energetic, creative, accomplished, and has an extraordinary vision for the future of physical education and health. He continually contributes to our profession by sharing his ideas and his research through professional presentations at the local, state, and national level. Clancy is a dynamic professional in every aspect of his job and beyond." President Wolfe, it is my honor to present to you the recipient of the 2017 Professional of the Year Award, Dr. Clancy Seymour.

The 2017 recipient of the NYS AHPERD Professional of the Year Award is Tamela Ray.

Tam has worked in the Auburn Enlarged City School District for the past 31 years, serving as the Director of Health, Physical Education and Athletics for the past 20 years. She recently became a Certified Athletic Administrator through the National Interscholastic Athletic Administrators Association. Tam wrote, received and implemented a $438,000 Carol M. White Grant, she is a member of the District Wellness Committee and Curriculum Council. She has served as the Auburn Administrators Association Union Vice President and the Auburn Teachers Association Building Representative. Her service to NYS AHPERD includes having served on the Board of Directors, currently serving as the Council of Administrators President-elect and Treasurer. She is active in the New York Public High School Athletic Administrators Association, serving as Section III President and is on the Constitution and Handbook Committee. In addition, she is a Central New York Counties League Past President and their former representative on the Section III Athletic Council. A colleague said, "Tam has shown her intelligence and her ability to lead while being open to all opinions. She has shown a willingness to work with other professionals to "get the job done", so that the organization thrives and improves! Her quiet yet confident approach is very successful!" Tam has been recognized as the NYSAAA 2016 Section III Athletic Director of the Year, the COA Physical Education Director of the Year and the Central North Zone Health and Physical Education Director of the Year. President Rose, it is my honor to present to you the recipient of the 2016 Professional of the Year Award, Dr. Tam Ray. 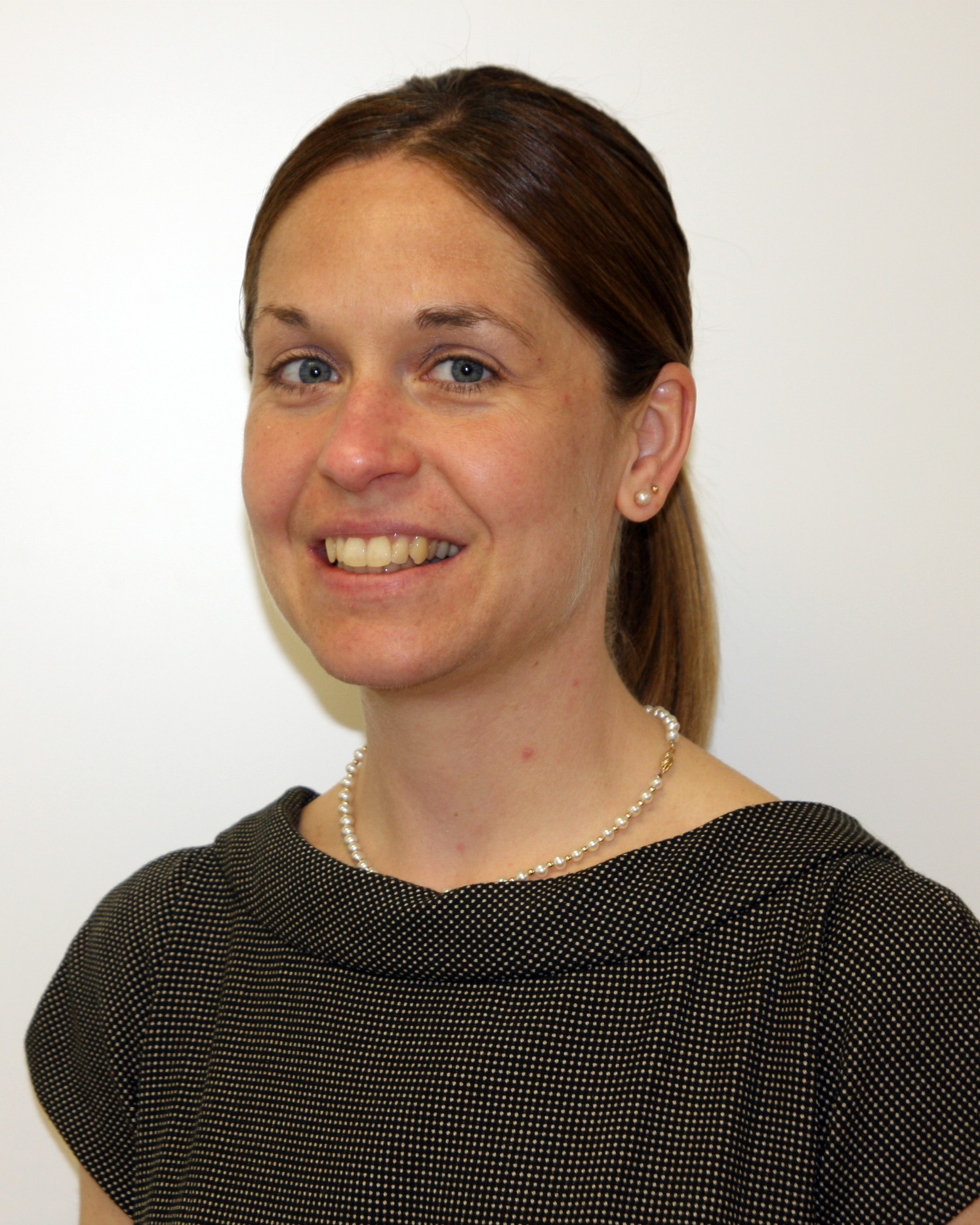 The 2014 recipient of the NYS AHPERD Professional of the Year Award is Murphee Hayes.

Murphee received her Bachelor of Science Degree in Health and Physical Education from the University of Delaware, her Master of Science Degree in Health and Physical Education and her Certificate of Advanced Study in Administration and Supervision from SUNY Cortland.  She has been the Director of Health, Physical Education and Athletics and Assistant Principal for the Whitney Point Central School District for the past twelve years. Murphee has secured grants in support of academic, wellness and after school programs. She has been chair of the district wellness committee, athletic action committee, a member of the district safety committee and has served as an administrative representative on shared decision making teams. She is a member of the high school literacy team and the district facilities committee. Murphee has coached cross country, track and field, basketball and swimming.   In service to NYS AHPERD, Murphee is the secretary of the Board of Directors, the NYS AHPERD representative to the Eastern District Association Council for Conventions and is a member of the Health Education Awards Committee.  Murphee is a past president of the NYS AHPERD Secondary Section and  the Central South Zone, she has served as the Zone program coordinator, as a member of the conference planning committee, and the Get Moving NY committee.   Murphee is the New York State Athletic Administrators Association Vice President and the NYSAAA Chapter IV Representative and Awards Chair.  A colleague said "Murphee is a true professional in every sense of the word. She is a hard working, dedicated and loyal individual who has a true passion for health, physical education and interscholastic athletics, committed to putting the needs of all students first." Murphee was honored as the NYSAAA Athletic Administrator of the Year and the Central South Zone Amazing Person Award.  President Mergardt, it is my honor to present to you the recipient of the 2014 Professional of the Year Award, Murphee Hayes. 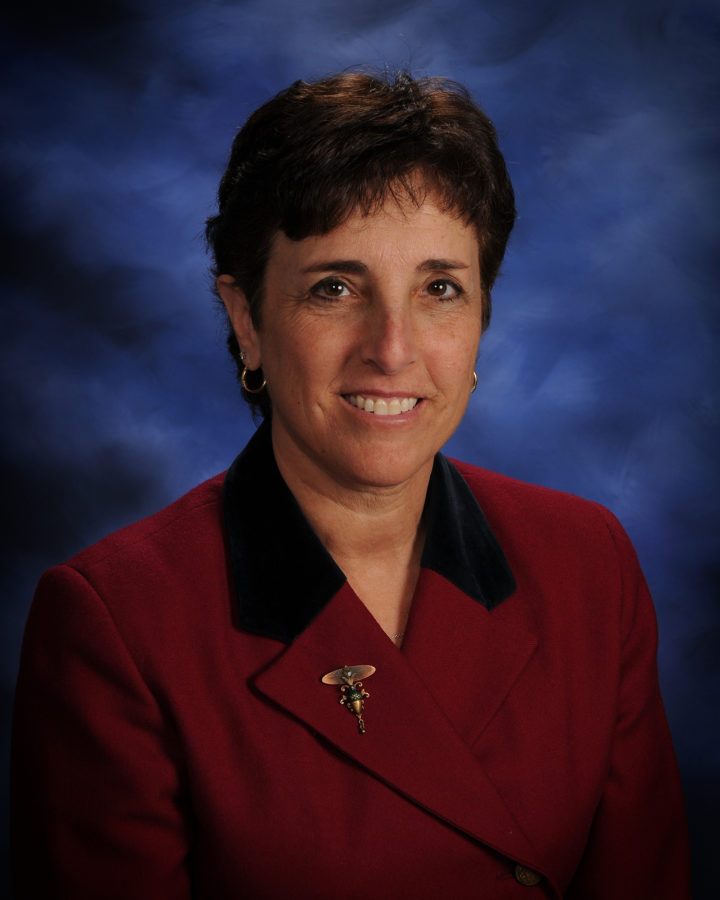 The 2013 recipient of the NYS AHPERD Professional of the Year Award is Sandy Morley.

Sandy received a bachelor of science degree in physical education from SUNY Cortland, a master of arts degree in exercise physiology from Adelphi University, and her certificate of advanced study in educational administration from Massachusetts College of Liberal Arts. Sandy was a physical education teacher for twenty-five years before she became the Assistant Principal and later the Principal at Bethlehem Middle School in Delmar, NY. Sandy retired from Delmar in 2011and continues to supervise SUNY Cortland pre-service teachers in physical education and serves as an expert witness for Hurtwitz & Fine P.C. attorneys at law. She is an active member of NYS AHPERD and the Capital Zone. Sandy served as the NYS AHPERD President in 1996 and has been a member of the Board of Directors for nine years, five of which she served as Board Chair. Most recently, she provided leadership to the committee that organized the creation of our NYS AHPERD Advocacy video that was unveiled yesterday at our keynote presentation. In service to the Capital Zone, Sandy has served as Zone president and on numerous committees. She implemented the annual Physical Education Elementary Student Leadership Awards program for the Zone and on the programs twentieth anniversary it was renamed in her honor. She has received numerous awards, including the NYS AHPERD Distinguished Service Award, the AAHPERD Pathfinder Award, the EDA Merit Award in Recreation. And she is a member of the Mamaroneck High School Athletic Hall of Fame, And the SUNY Cortland "C" Club Hall of Fame. Ken Demas, our current Board of Directors Chair wrote, "Inspiration, hard work, vision, leadership and courage have been the hallmarks of her career. She has utilized those skills as a teacher, coach, assistant principal, and principal; all with remarkable results. Her wisdom and expertise are tools which many of us in the field have had the opportunity to call upon." President Sherman, it is my privilege to present to you the recipient of the 2013 Professional of the Year Award, Sandy Morley. 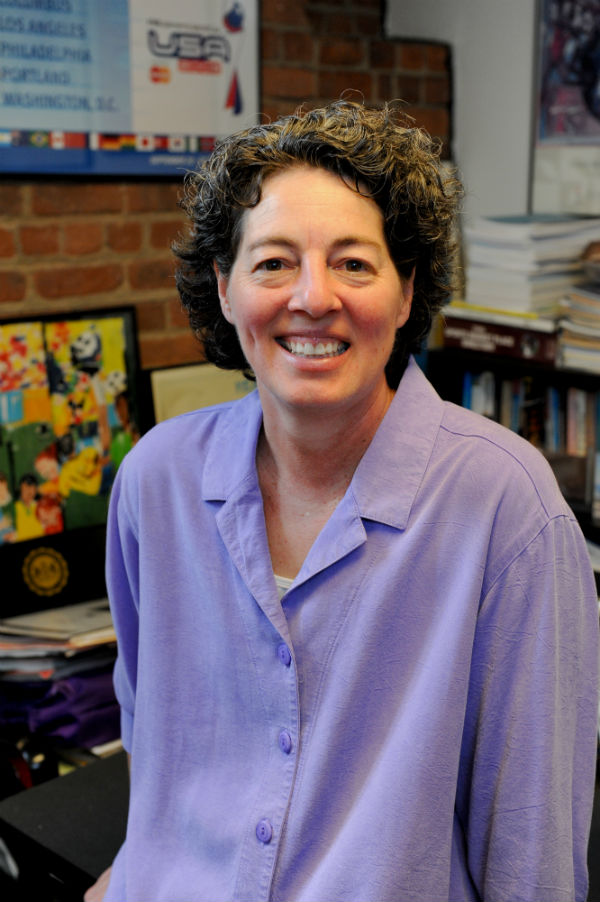 The 2013 recipient of the NYS AHPERD Professional of the Year Award is Dr. Shawn Ladda.

Shawn received a bachelor of science degree in health and physical education from Penn State University, a master of science degree in teaching and athletic administration from Springfield College, and both a masters degree and doctorate in higher education administration from Teacher's College Columbia University. Shawn was the women's soccer coach at Columbia University and the women's soccer, basketball and lacrosse coach, as well as physical education teacher at Massachusetts Institute of Technology. She is currently a Professor at Manhattan College in the Department of Physical Education and Human Performance, having served as Chair of the Department for eight years. She is an enthusiastic, active member of AAHPERD and NYS AHPERD. Shawn has been a tireless advocate for girls and women in sport. She is a past president of the National Association for Girls and Women in Sport and currently is their representative to the AAHPERD Board of Governors. She has presented at AAHPERD Conferences and had the opportunity to present at the International Association for Physical Education and Sport for Girls and Women Congress in South Africa. She is the New York City Zone President and Chair of the Jay B. Nash Outstanding Major Award Committee. She has coordinated her students as presenters and presiders at EDA, NYS AHPERD and Zone Conferences. She has published many journal articles including articles in the Journal of Health, Physical Education, Recreation and Dance and Strategies. She has received numerous awards including the AAHPERD Honor Award, Manhattan College's Lasallian Educator of the Year Award and the Higher Education/Professional Preparation Section Amazing Person. She was selected as a Margaret Paulding Lecturer for EDA, NAGWS Feature Editor of JOPERD and she had the honor of presenting the Dr. Ron Feingold Lecture Series at the 2011 NYS AHPERD Conference. Her colleague wrote "She is an intense, creative and passionate woman who is a true leader in our field. Her energy is contagious." President Quitoni, it is my privilege to present to you the recipient of the 2012 Professional of the Year Award, Shawn Ladda.

Bios for the remaining Professional of the Year Award Recipients are not available.