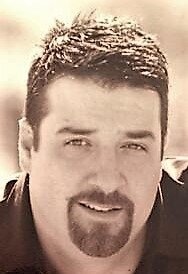 The Special Olympics has been giving student athletes opportunities for years.  In South Hampton, Special Olympics programs are made available all year long, allowing each student to find the path and opportunity that fits them best. Tim Flynn is key in creating these opportunities.  He has offered trainings, resources and an outline of what the programming should look like. Special Olympics Long Island has worked with Suffolk county on hosting many events and creating awareness and opportunities for athletes. With a year-round program, athletes can compete in track and field, bowling, unified basketball, unified Soccer, unified hockey and unified physical education. These programs have allowed students to develop and acquire the skills to grow and develop their athletic ability. Special Olympics Long Island has been an asset to the local communities and in helping athletes’ transition into adulthood with a knowledge base of healthy living and passion for health and wellness. President Seymour, it is my honor to present to you the recipient of the Bernard E. Hughes Award, Special Olympics Long Island. 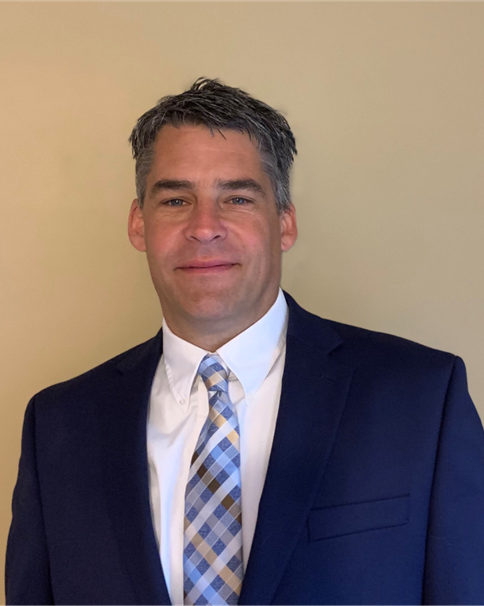 The 2019 recipient of the NYS AHPERD Bernard E. Hughes Award is David Selover.

David Selover is the program coordinator for ACCESS CNY's Project Adapt and the TRAID Program (Technology-Related Assistance for Individuals with Disabilities). He has devoted his career to helping individuals, with differing and unique needs. He is well known for his skillful and creative ability to turn hope into reality. David works with school programs in a six-county area of Central New York, as well as individuals (infants through seniors) in need of access to assistive technology, adapted equipment, environmental modifications and services. Whether improving the functionality of mobility equipment that will in turn enhance independent participation in physical education, sport and community recreation, or adapting a grip, switch or joystick that will promote self-sufficiency, David is the 911 for many adapted physical educators, therapists, parents, and advocates alike when it comes to the innovative and purposeful modification of equipment and technology. A colleague wrote, "David's mission is to design and construct a solution to whatever question or challenge he may be presented with, to problem solve and meet a given need. He has an unwavering passion for his work and works tirelessly to attain a common goal for both him and his clients, which is an improved ability to be independent and an enhanced quality of life." It is an honor to present the recipient of the 2019 Bernard E. Hughes Award, David Selover. 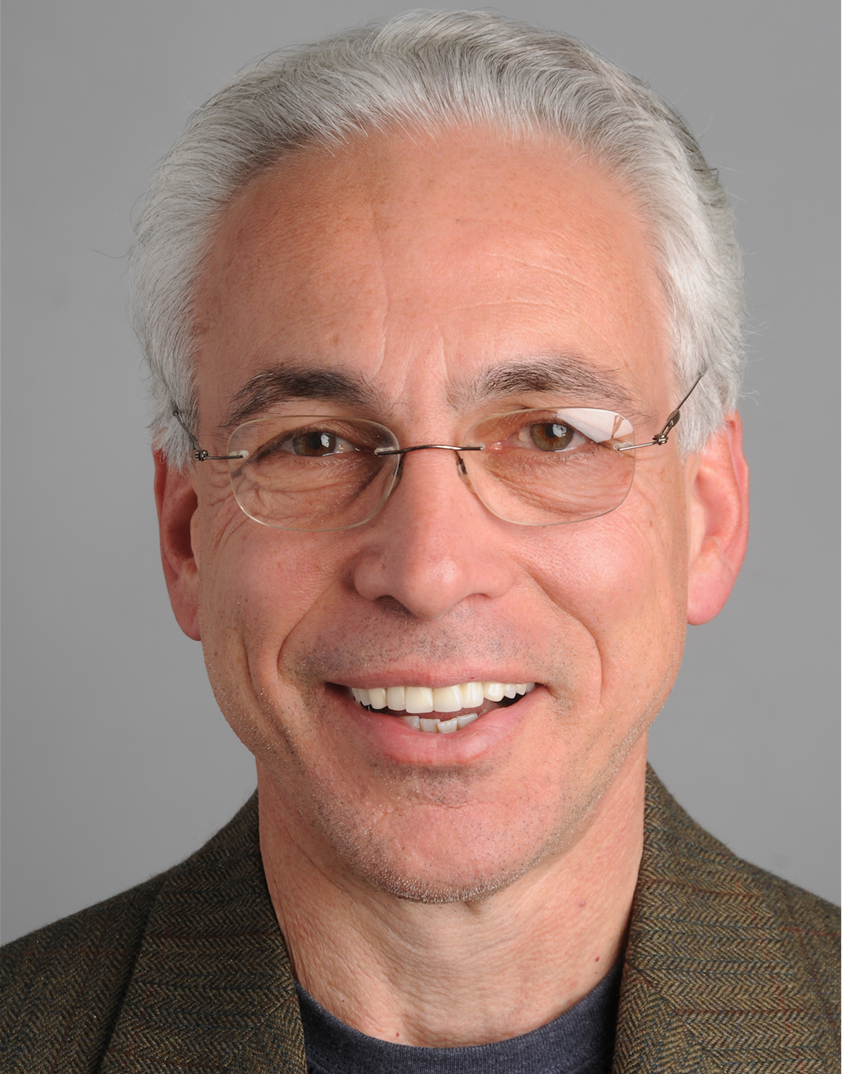 The 2018 recipient of the NYS AHPERD Bernard E. Hughes Award is Cliff Sperber.

Cliff Sperber has been a non-profit executive for 25 years, helping fundraise and manage more than 100 million dollars for programs that serve youth from low-income communities.  During his 15-year tenure as the first executive director of New York Road Runners Foundation and the first vice president of New York Road Runners Youth and Community Services, Cliff grew the organization's annual youth service population to 200,000 plus students in more than 1,000 schools throughout New York State and nationwide.  Cliff's success at building the organization and developing award-winning youth running resources, including the acclaimed Mighty Milers program, was recognized in 2010 when he was named "Leader of the Year" by Runner's World magazine.  Cliff is currently the Director of Outreach for New York Road Runners.  In nominating Cliff, a colleague wrote, "Cliff has an unwavering passion for bringing the joys of running to anyone who crosses his path.  He is a gifted relationship builder who listens and asks thoughtful questions to ensure New York Road Runner programs are responsive to the needs of teachers, students and school communities."  President Garbarino, it is my honor to present to you the recipient of the 2018 Bernard E. Hughes Award, Cliff Sperber. 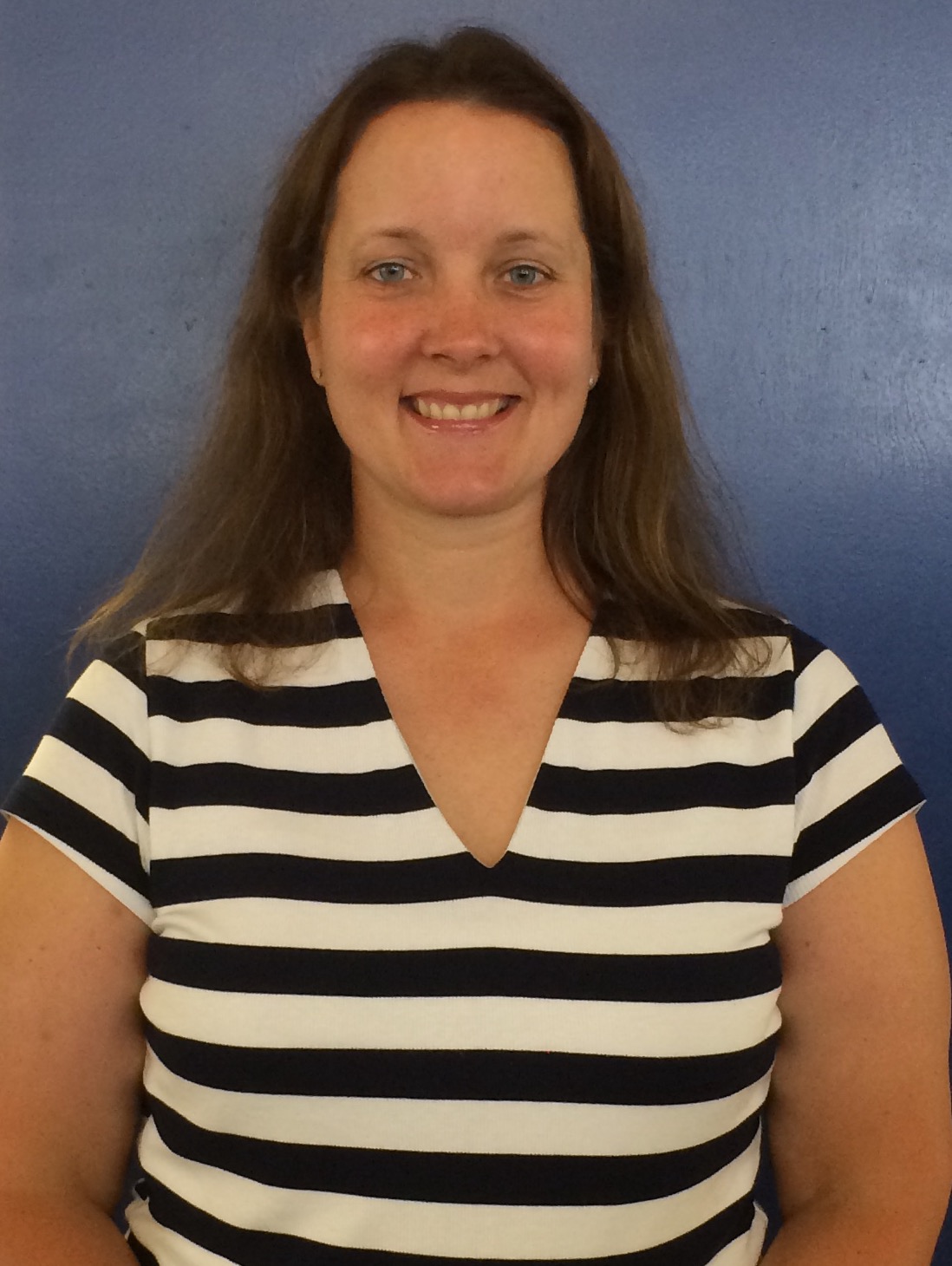 The 2017 recipient of the NYS AHPERD Bernard E. Hughes Award is Melissa Bailey.

The 2016 recipient of the NYS AHPERD Bernard E. Hughes Award is the New York City Council.

Assemblywoman Nolan was first elected to the Assembly in 1984. She represents the 37th Assembly District in Queens County. Ms. Nolan graduated from New York University cum laude with a B.A. degree in Political Science. She has chaired the Assembly's Committee on Education since 2006. During that time she has spearheaded efforts to achieve class size reduction, universal pre-k, middle school initiatives, improve high school graduation rates and other measures that will ultimately mean success for the more than three million school children in New York State. As a parent of a public school student, Assemblywoman Nolan brings a parent's perspective to ongoing education debates. Ms. Nolan has been a longtime advocate of health and physical education programs. There are currently three active bills she has sponsored all of which support our disciplines. In January of 2008, Ms. Nolan held a hearing to explore physical education compliance in New York State public schools. She said, "We know physical activity improves academic performance by contributing to overall health and by teaching children valuable concepts like teamwork and problem solving. She also said, "Our goal is to ensure that every student in New York State receives time and instruction in physical education as is their right." From this initiative came the NYS comptroller's audits, which in turn did advance the cause of physical education compliance. One of Ms. Nolan's current bills calls for the NYS Commissioner of Education to monitor Compliance with the current physical education regulations. We are grateful Assemblywoman Nolan for your dedication to the health and wellbeing of the children of New York State. President James, It is my honor to present to you the recipient of the Bernard E. Hughes Award Assemblywoman Catherine Nolan. 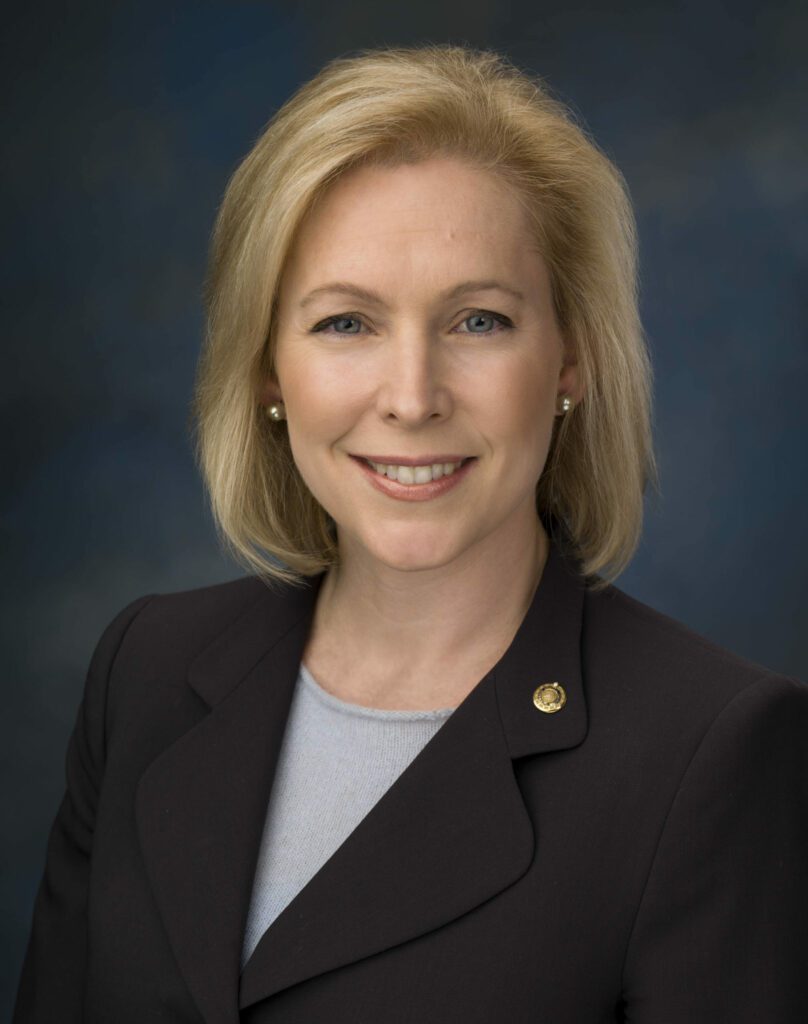 Senator Gillibrand is a magna cum laude graduate of Dartmouth College, she went on to receive her law degree from the UCLA School of Law and served as a law clerk on the Second Circuit Court of Appeals. After working as an attorney in New York City for more than a decade, Senator Gillibrand served as Special Counsel to United States Secretary of Housing and Urban Development (HUD) Andrew Cuomo during the Clinton Administration. She then worked as an attorney in Upstate New York before becoming a member of Congress. Kirsten Gillibrand was first sworn in as United States Senator from New York in January 2009. In November 2012, Senator Gillibrand was elected to her first six-year Senate term with a historic 72 percent of the vote, winning 60 of New York's 62 counties. Prior to her service in the Senate, she served in the U.S. House of Representatives, representing New York's 20th Congressional District, which spanned 10 counties in upstate New York. Throughout her time in Congress, Senator Gillibrand has been committed to open and honest government. Last April she was named one of Time Magazine's "100 Most Influential People In The World" in honor of her ability to work across the aisle and elevate the issues that are important to her. Senator Gillibrand has been committed to reducing childhood obesity by authoring plans for legislation to ban trans-fats in public schools and expand USDA authority to regulate all food served in schools, including vending machines. She supports increasing school reimbursements in order to help schools afford healthier meals. Additionally, Senator Gillibrand co-sponsored a Congressional briefing run by AAHPERD (SHAPE) and Health Corps in Washington to discuss the current status of health and physical education in American schools. Senator Gillibrand, a staunch supporter of school health and physical education, co-sponsored the PHYSICAL Act to reauthorize the Elementary and Secondary Education Act (ESEA). This bill would elevate health education and physical education to core subjects and send states a clear message that the federal government deems these subjects essential to a well-rounded education for all children. Senator Gillibrand co-sponsored legislation in the 111th Congress, The Improved Nutrition And Physical Activity (IMPACT) Act which would: Permit states to use preventive health and health services block grants for activities and community education. Support programs designed to address and prevent overweight, obesity, and eating disorders through programs to promote healthy eating, exercise habits, and behaviors and emotional and social wellness. Invest $60 million to provide grants for community-based health centers and organizations to help communities jumpstart more physical activity and better nutrition to keep our children active and healthy. The IMPACT Act would invest $10 million to provide training grants to health profession students to help them recognize and properly deal with overweight, obesity, and eating disorders. It also would provide school health grants to promote physical activity and nutrition. President Mergardt, it is my honor to present to you the recipient of the 2014 Bernard E. Hughes Award, Senator Kirsten Gillibrand.

Black River Outdoor Education Program, formerly Potato Hill Farm is dedicated to establishing awareness, understanding and appreciation of the environment, the responsibilities associated with preserving the environment and providing an opportunity to increase the physical health of visiting students by engaging them in various outdoor activities. Located in the foothills of the Adirondacks, Black River Outdoor Education Program is funded by a private family trust as a "gift to the children of Central New York." The program began in 2008 with 2,800 students participating and has grown to over 15,000 visitors each school year. The mission of the program is to reconnect children to nature in a peaceful picturesque and educational environment. It is a dream come true adventure that is available to school children in seven counties surrounding the village of Boonville. Not only are all the activities free, but transportation costs, covering fuel and bus driver wages, are also included, so every child has the opportunity to enjoy the experience. Activities offered include mountain biking, cross country skiing, snow shoeing, nature hikes and horse drawn carriage or sleigh rides. The long range goal of the program is to offer students a new educationally layered experience each time they return to the program utilizing the seven campuses, each with unique seasonal activities. Elaine Hage, Program Director says, "it is our hope that each child will be inspired and interested in nature as a lifelong learner, and that a respect for the environment and the animals inhabiting our world will continue to grow." President Quitoni, it is my honor to present to you the recipient of the 2012 Bernard E. Hughes Award, Black River Outdoor Education Program being accepted by Elaine Hage, Program Director.

Bios for the remaining Bernard E. Hughes Award Recipients are not available.